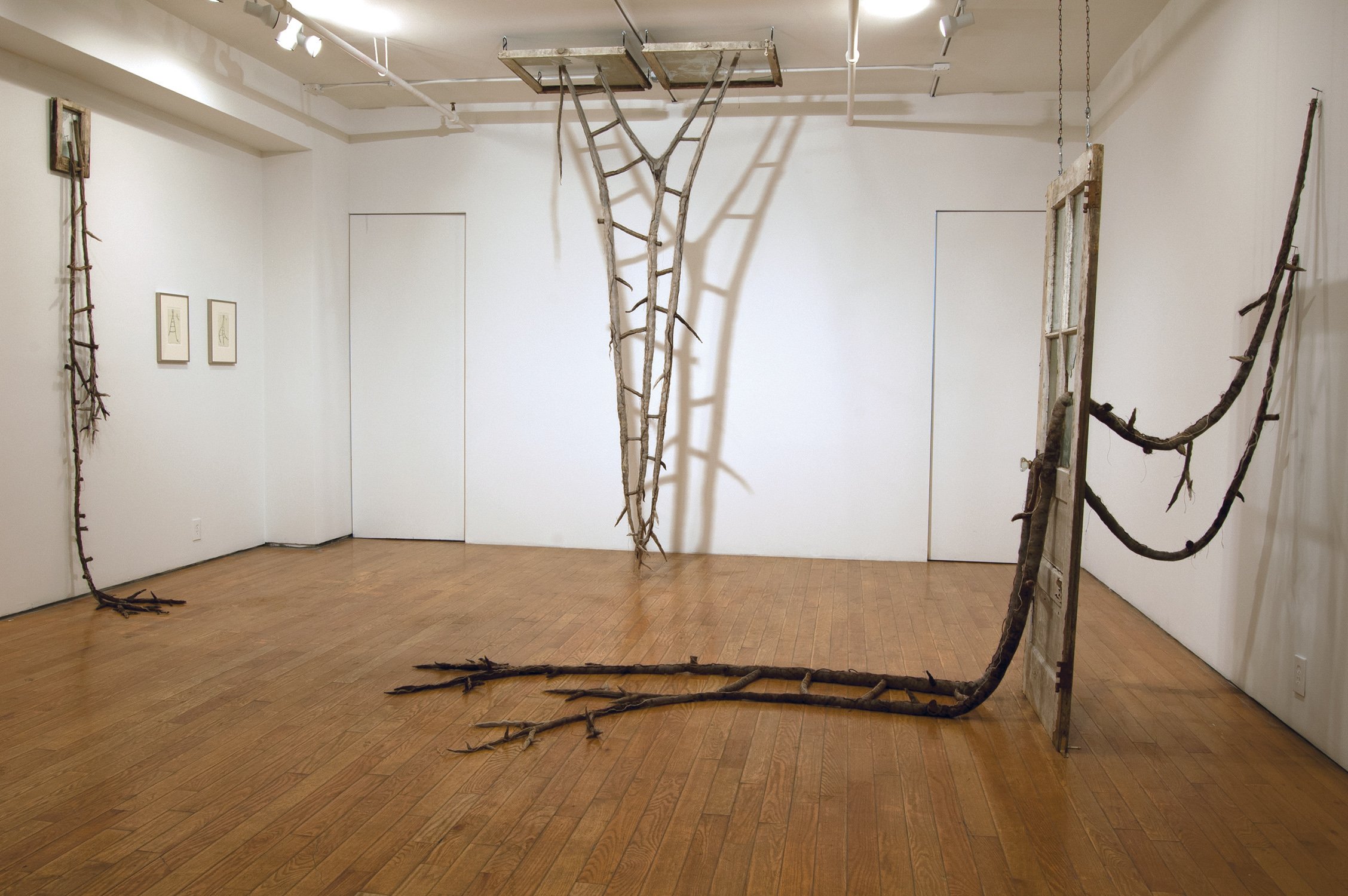 In 1940, public housing was constructed on the former site of Luna Park, Cleveland’s answer to Coney Island. The project, Woodhill, was the city’s largest. I moved into it at age fourteen, white, Jewish and isolated.

“Luna Window” is a series that exposes the irony of fantasy amusements descending into a wretched reality. It is a narrative of broken homes, broken dreams and the despair of one within a prison, pressed against the window unable to escape. The ladder is constructed of stained silk organza and stuffed with human hair, which I collect from hair salons. The diversity of hair from anonymous donors, each an individual DNA, place them in an environment not of their making. It is not a far reach these donors suffer a like predicament in reality.

What is frustrating is the lack of solutions. Luna Window communicates this internal frustration. Taken a step further, many of us have a “project” instilled memory – shame, guilt, or remorse – that resurfaces as we present an alternative face to the world.