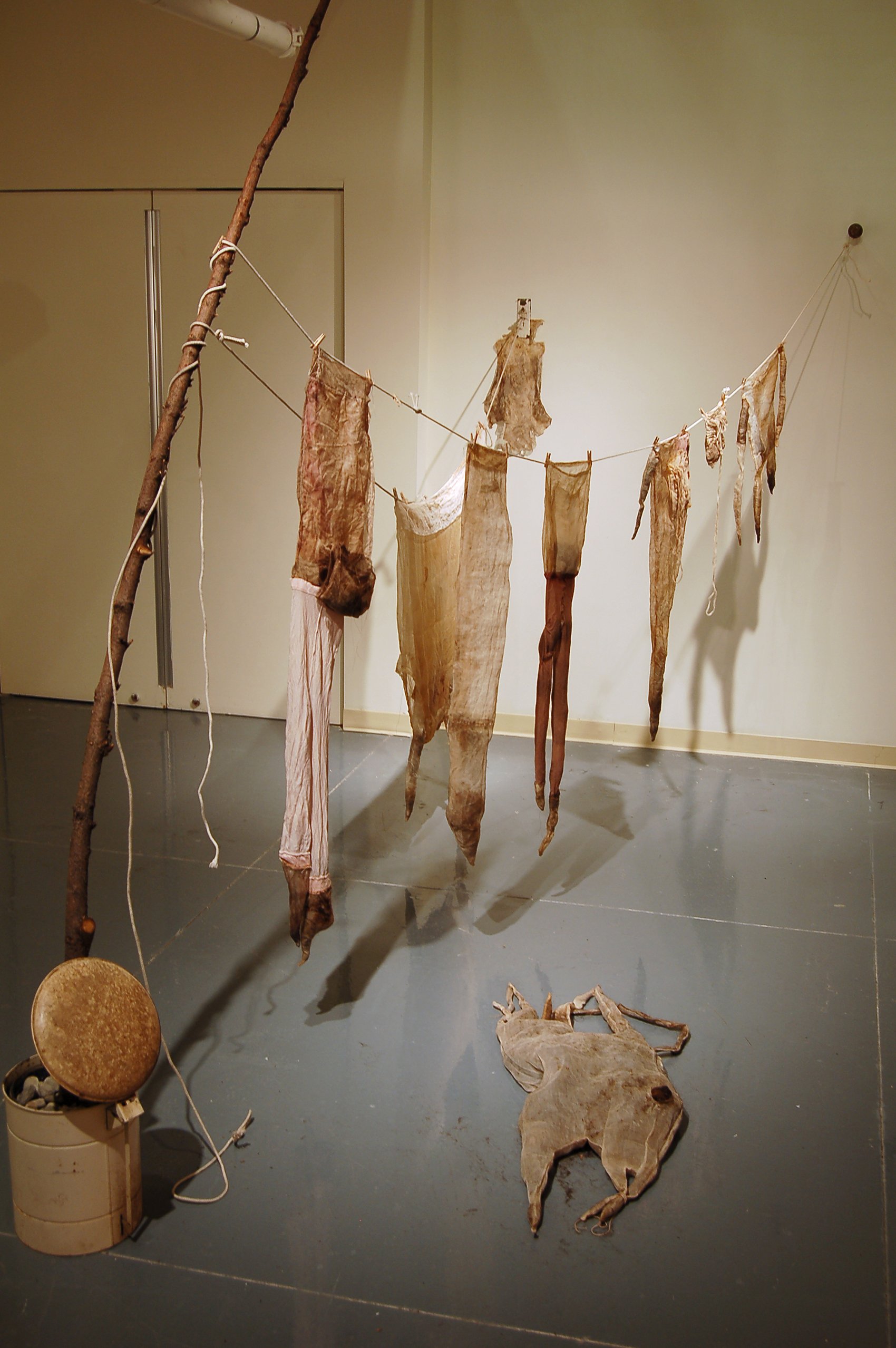 The series centers on poverty, a first-hand experience. That poverty exists at all within our rich nation is disheartening. That over thirteen percent— nearly forty million people— lives below the poverty level is criminal, ranking our country among the highest among industrialized countries.

“Hung Out” imparts the sad reality that nothing has changed since I was a young Jewish girl living in Woodhill projects in Cleveland. Projects are today — as they were years ago — a microcosm of our poverty, and remain the 800-pound baggage engendering shame and secrecy, defiance and criminality. One is trapped in a project culture that turns inward on itself to survive, propagating the very issues from which one hopes to escape.

I did escape, not withstanding the scars that empower the narratives of the “Hung Out” series. A confusing intermingling of clotheslines, strung from decaying structures and hung with distorted shapes. The scene transmits a powerful semaphoric message with their fabrications of stained silk organza, rust, tea, hair, and animal skins, all exploiting the fragile boundary between what we show of ourselves and what we do not.