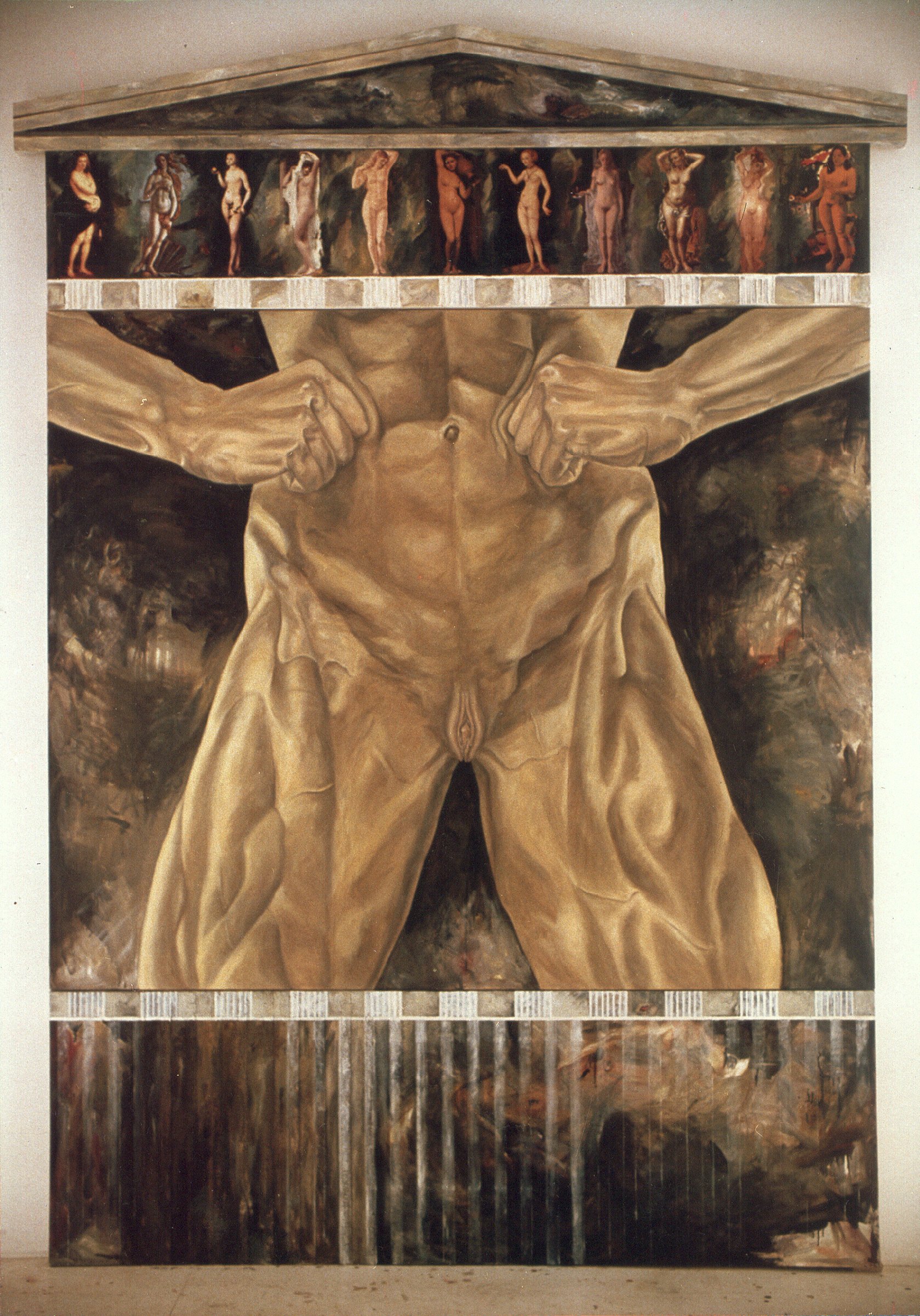 Nude Amazons— powerful women body builder— transgress gender codes and boldly confront visualized and verbalized issues about women. Amazons are my metaphor, a magic charm conveying the inherent physical, intellectual and emotional strength of women. The work accentuates the myth of the Amazon, beginning in domination found in ancient matriarchal societies. Symbols from these times, among them the Sheila-No-Gig, Mena, and Yoni, impart historical coda into the dynamics of contemporary women body builders to provoke controversy of the female form, and underscore the long journey of the societal evolution of woman. Women body builders oppose master works of female nudes by male artists, ranging from Rubens to Picasso, and destroy the female as desirable “object.” Profound in my mind is the cultural context of male-female bodies, androgyny, and the undertone of tension between them. I want the work to transcend the parody of the stereotype and empower a new dimension in the continuing societal revolution of women.