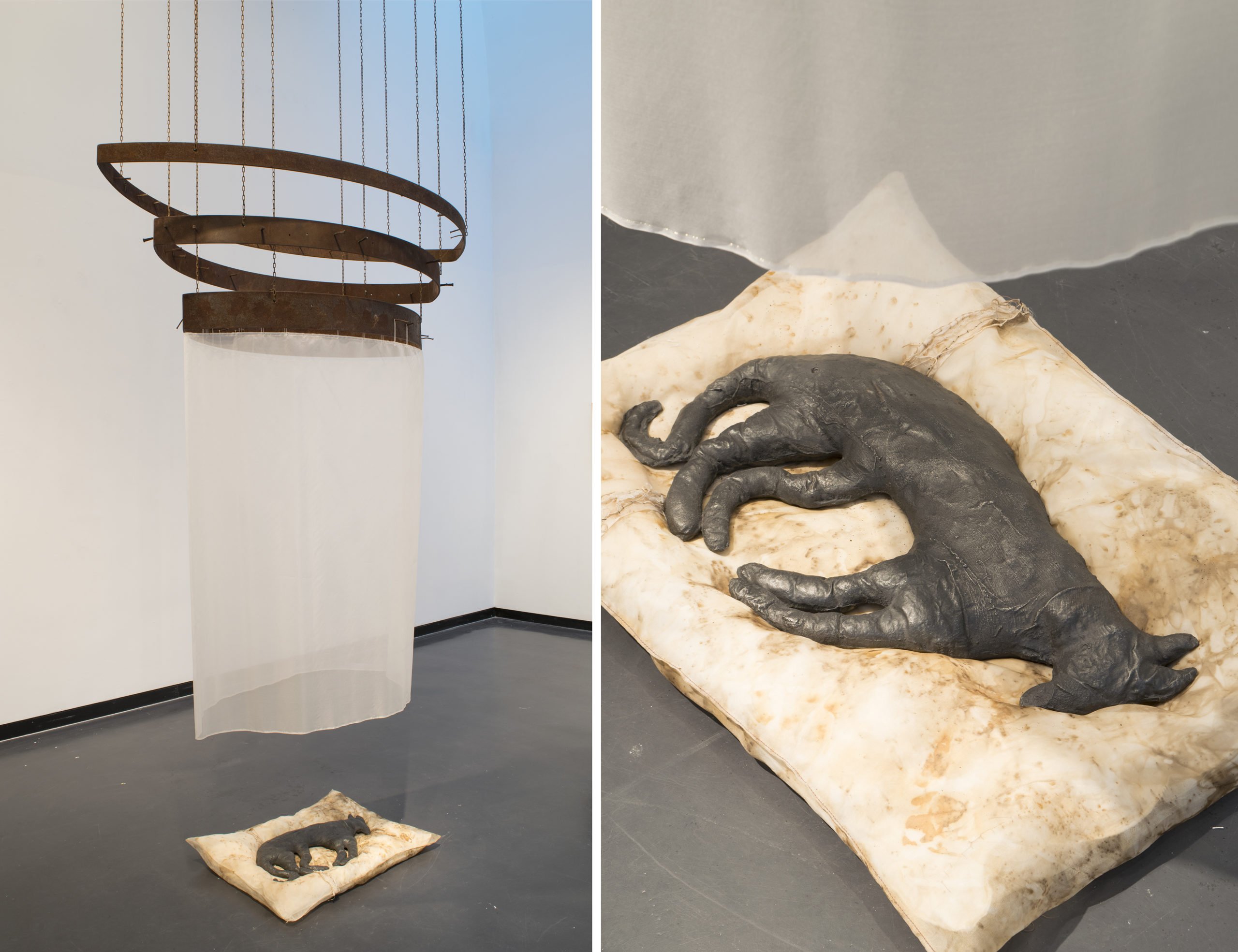 Early Greek philosophers, Aristotle prime among them, used the word “measure” in different ways, such as the distinct nature of a thing, a measure being that thing that is predictable. The truly moral person, for example, is a ‘measure’ because such a person shows us our shortcomings, according to one interpretation.

In the series I term “A Measure,” my objects are that nature of a thing against which we measure ourselves, and our treatment of all things living. They illustrate a revelation gained from artist Sue Coe who is famously known for drawings from inside pig factories in a talk I attended years ago. There, an audience member posed the question:

“How can you place an animal above a human being?”

The reply was her “measure.”

“If humans treated all animals, defenseless as they are, with humanity, think of how well we would treat each other.”

That, in essence, is the nature of my objects.